This disease is parasitic and caused by a protozoan called Toxoplasma gondii. It can affect all animals, even humans, but only in cats can it complete its full cycle. Kittens become infected by eating raw meat (of course if protozoan is present in it).

So with the feces the immature forms of the parasite are emitted, which are not yet infectious, but can only become so if they remain to mature for several days, finding a favorable environment such as land and water. Otherwise they die quickly without creating any danger.

The case of men: danger for pregnant women

If a non-pregnant woman comes into contact with this parasite but has the antibodies to protect her, the infection goes unnoticed.

The situation is different for a pregnant woman. It is advisable to always carry out the immunity test for this pathology.

11 percent of pregnant women contract the parasite and 33 percent of children become infected with it. Furthermore, one in ten affected fetuses causes significant damage.

To prevent this problem it is preferable to follow the advice of the gynecologist and avoid contact with the cat's feces (for example, using gloves to change the litter box), it makes no sense to move the cat away during pregnancy.

For safety, you can always ask the veterinarian to subject the cat to a specific examination and if, as in most cases, the cat is healthy, it will be enough not to let him out and avoid eating raw meat obtained during the hunt. / p> 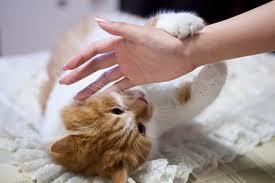 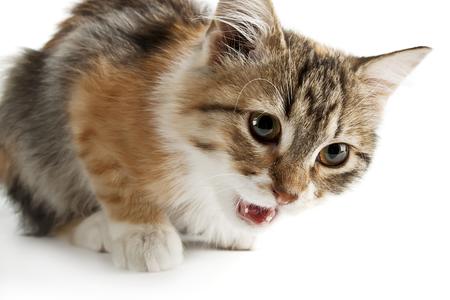