Alessandro Mendini was born in Milan in 1931.


Architecture was not his childhood dream.

Actually he wanted to be a cartoonist or maybe even a painter, but in 1959 he got a degree in architecture.

Studio Nizzoli Associati is his first place of work.

In 1970 he abandoned architectural design to devote himself to journalism specializing in architecture and design. He directed the magazine " Casabella " from 1970 to 1976 and the following year he founded " Modo " which he led until 1979. It was Giò Ponti, that same year, who gave the direction of " Domus ".

He has often repeated that he considers himself a magazine designer, considering the magazine as a serial object: " an object of industrial design produced in thousands of copies ". 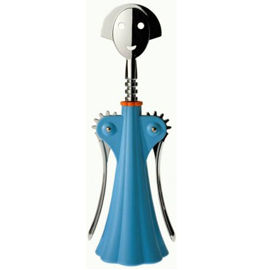 These have been years dedicated to intense discussions and debates on design. Mendini while not designing works in the first person takes part, sometimes as founder, in all the movements that see the light in this period.

And the case of " Global Tools " or "Radical Design", a school founded in 1973, which aims to bring back the most natural and spontaneous creativity in the field of design. The members of the group meet in his editorial office of "Casabella".
He was awarded the Compasso d'Oro in 1979 for his theoretical study.

At the end of the 70s he returned to active design in the field of furniture and objects. He said in an interview with Rai Educational: "With the direction of magazines, there was a kind of divorce, a clear break, and it is a job that I would never do anymore. At a certain point I wanted to really design ". 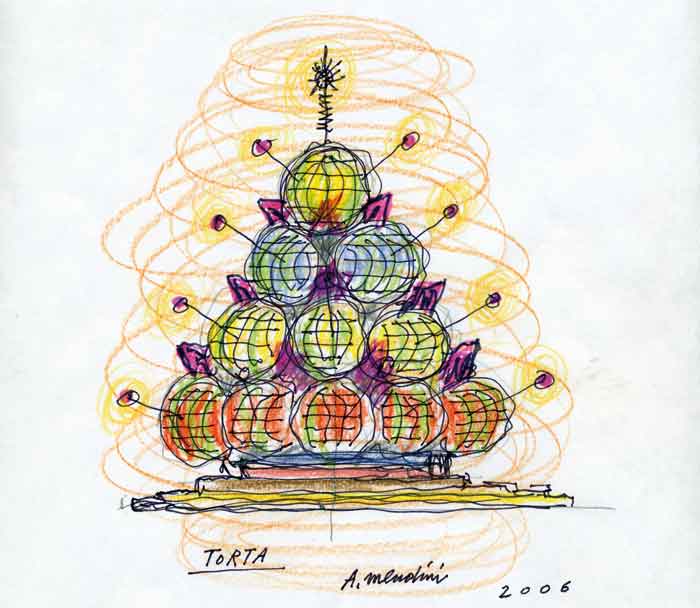 So in 1979 he entered the Studio Alchimia (founded in '73 by Alessandro Guerriero), which aims at creating objects for pure artistic pleasure, with references to popular culture and kitsch, outside industrial production and their practical utility. A challenge to the rationality of designing to pursue the alchemical dream, to transform even the poorest material into objects of value.

With him are Ettore Sottsass and Michele De Lucchi among others. In 1982 he won another Compasso d'Oro with Alchimia for the realization of the Research on decoration. In the same years he also participated in the Bracciodiferro project.

He creates objects, furniture, environments, paintings, installations, architecture. In 1989 he opens, with his brother Francesco, the Atelier Mendini in Milan.
Monographs in various languages ​​have been published on his work and his work with Alchimia He is an honorary member of the Bezabel Academy of Arts and Design in Jerusalem, is Chevaler des Arts et des Lettres in France and has received the honor of the Architectural League of New York. 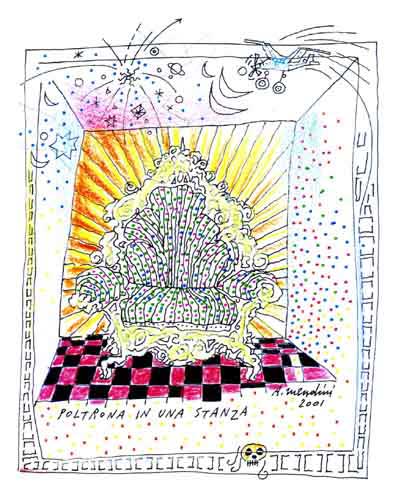 He was professor of design at the Hochschule fur Angewandte Kunst in Vienna.

He has organized several exhibitions and seminars in Italy and abroad. His works can be found in various museums, in the permanent collection of the Gilmar Paper Company, at the Museum of Modern Art in New York, in the archives of the University of Parma and at the Pompidou Center in Paris. In 1989 in the Netherlands, an important exhibition on his work was organized in Groninger.