Sculptor, Italian by birth, Harry Bertoia was a member of the Cranbrook Academy of Art . Some of the most famous designers of the 20th century are linked to this important institution, including Eero Saarinen, Charles Eames, Ray Kaiser (Eames) and Florence Schust Knoll.

In 1936 he studied at the Class Technical College in Detroit, dealing with jewelry design and painting.

Between 1937 and 1943 he obtained a scholarship at the Cranbrook Academy of Art , in Michigan, where he established and directed the metalworking laboratory.

In the 1940s he began working on furniture design, Bertoia taught at Cranbrook at the same time as Charles Eames was director of the Experimental Design Department.

The two designers exchange knowledge and suggestions for each other. Bertoia presents its seats about a year after the release of the chair with wire frame by Eames .

While using similar materials and techniques, the Bertoia seats achieve a completely different plastic result from that which characterizes the Eames chair.

In 1943 he moved to California. With Charles Eames , he collaborates in the experiments of shaping plywood for leg splints and for airplane parts.

In 1950 he returned to Pennsylvania invited by Knoll for whom he designed a series of chairs in metal rod.

Harry Bertoia is internationally known for the creation of the series of chairs, designed for Knoll , including: " Diamond Chair " and " Bird Chair " (1952), with a metal mesh structure, represents an icon in modern design thanks to the introduction of the new material, hitherto never used in the creation of furniture.

Bertoia 's furniture, as well as his sculptures, express his concept of art: a meeting point between form and space.

Its maximum expression can be seen in the " Bird Chair ", where the chair takes the shape of a bird with open wings. Organic forms, human features translated into art.

He creates a metal rod sculpture for the chapel of the Massachussetts Institute of Technology.

Since 1953 he has been a consultant for Knoll and works as a sculptor.

In 1956 he received the " Craftsmanship Medal of the American Institute of Architets " and other important awards and teaching positions.

Harry Bertoia has always considered himself a sculptor but manages to transfer his experience in metalworking also in the field of design and applied arts where he obtains results that mark his history.

Among the most significant projects: 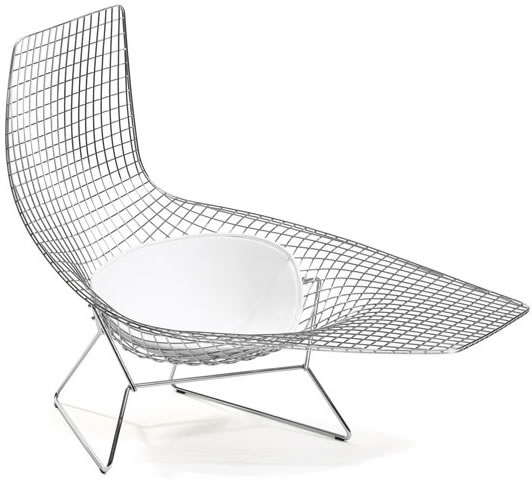 Seat with structure in welded and chromed steel rod. Mobile padded cushion in leather or fabric in different colors. 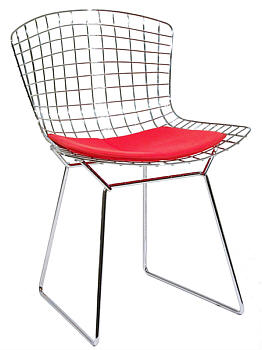 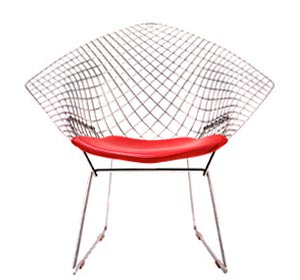 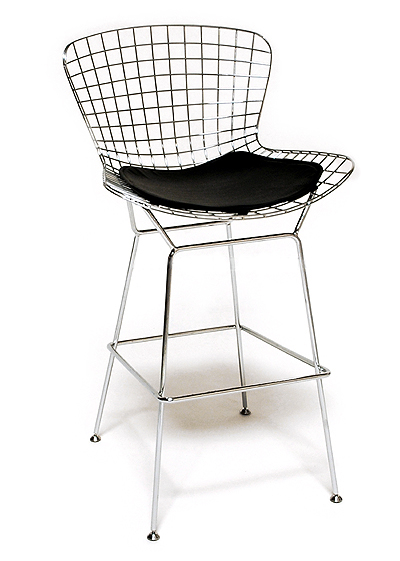 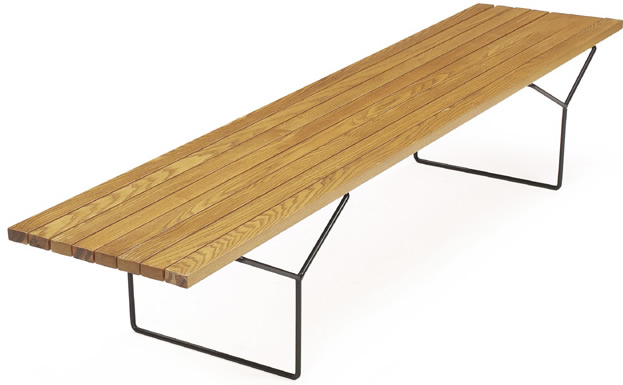