In 1930, he opened his own design studio, where he worked until his death in 1971 working independently as an architect, interior designer, furniture, textile and ceramic designer.

Jacobsen has been a professor of architecture at the Royal Academy of Arts, Copenhagen, since 1956.

Arne Jacobsen is one of the best interpreters of international functionalism and his work includes a considerable number of projects carried out in Denmark, Germany and Great Britain.

His most famous architectural projects are St. Cahterine's College in Oxford and the Radisson SAS Royal Hotel in Copenhagen, built between 1956 and 1961.

Jacobsen personally designed all the details of the furniture and architecture. The Radisson SAS Royal Hotel is Copenhagen's first skyscraper, and as a tribute to the famous architect, room number 606 retains all the original pieces of its design. 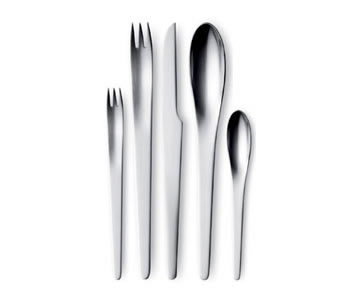 On the top floor of the hotel, the Alberto K restaurant bears the name of the first director of the hotel and the original furnishings designed by Jacobsen, even the futuristic cutlery used in the film "2001- Odyssey in space ".

The Egg and Swan seats, decorations, lamps, carpets and other details are also famous. 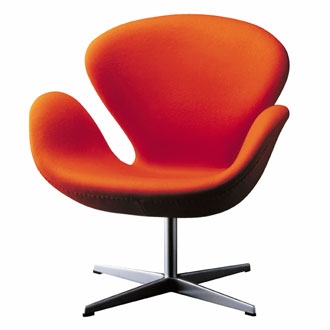 Swan chair designated in 1957 is a formally and technologically innovative seat, made with a fiberglass shell covered in foam and covered in fabric or leather of different colors, with an aluminum base. 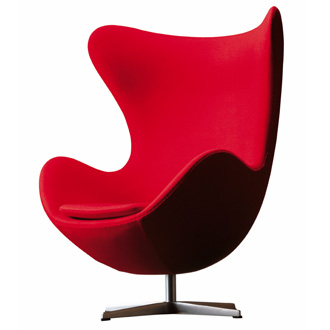 Egg chair designed in 1957 for the Royal SAS Hotel in Copenhagen. 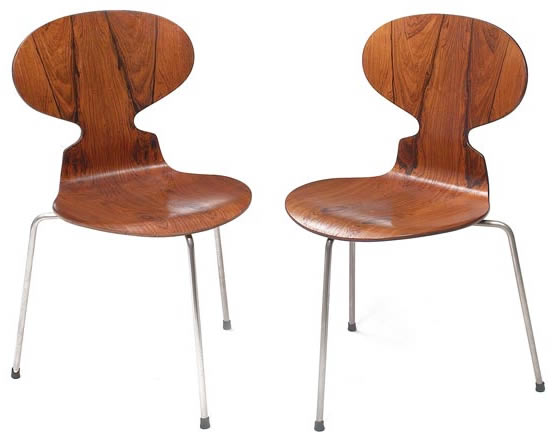 The Ant chair from 1952 is the first of a series of "light" chairs with which he began to be known and established himself as a designer internationally.

With Ant he participated and won the grand prize at the XI Triennale in Milan in 1957. Produced by Fritz Hansen . 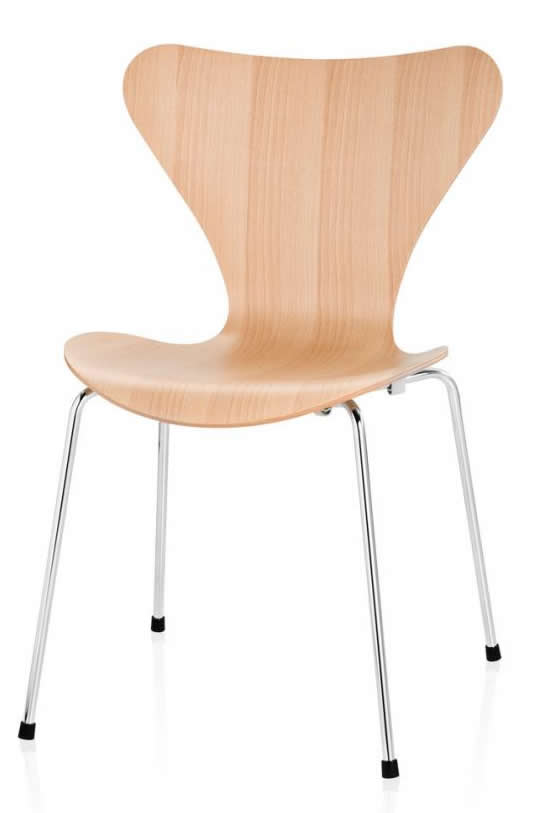 Series 7 from 1955, made of laminated plywood with metal legs, produced in different types of wood and in different colors. Produced by Fritz Hansen .

The projects of Jacobsen objects arise from drawn sketches of which models are then made in cardboard or other materials. His job consists in working and fine-tuning his innovative ideas until reaching the result of perfection that is perceived by looking at his creations.