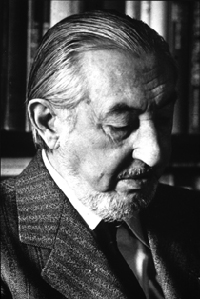 Carlo Alberto Scarpa was born on June 2, 1906 in Venice, where he returned in 1919, after having spent his childhood in Vicenza, to study at the Academy of Fine Arts, an environment in which he met and became the assistant of the Venetian architect Vincenzo Rinaldo, of whom in 1934 he married his niece Onorina (Nini) Lazzari.

While still studying at the Academy he obtained his first professional assignment: he began to collaborate as a designer with some Murano glassmakers.

In 1926 he graduated and in the same year he became a teacher at the Higher Institute of Architecture in Venice, founded that same year, and at the same time, from 1927 to 1930, he worked for the artistic glassworks of Murano MVM Cappellin & Co.

At the end of the twenties he made his first furnishings and began to frequent Venetian intellectual and artistic circles, where he met and became associated with the likes of Giuseppe Ungaretti, Carlo Carrà, Lionello Venturi, Diego Valeri, Giacomo Noventa, Arturo Martini, Bice Lazzari and Felice Casorati. Beginning in 1933 he began working with Paolo Venini's glassworks, a collaboration that lasted until 1947. His first exhibitions took place in 1932 at and two years later at the Milan Triennale.

At the age of thirty, between 1935 and 1937, Scarpa realized his first demanding work, the setting up of the Ca 'Foscari in Venice, home of the University of the same name: his intervention was resolved mainly in the refunctionalization of the more prestigious environments, which would have hosted the Rectorate and the Hall of Academic Acts.

This work, which saw a further modification by the Venetian architect between 1955 and 1957, but which was later tampered with, turned out to be one of the most innovative restoration projects of that period.

The large window juxtaposed to the polyphora overlooking the Grand Canal, the most interesting element of the first restoration, when compared with the more interesting action of the second restoration of the Ca 'Foscari, or the reconfiguration of the wooden gallery that had designed himself some twenty years earlier, it clearly indicates the growth accomplished by the architect, who in the first case confronted himself with the lesson of Le Corbusier and in the second with that of Frank Lloyd Wright.

His activity was not interrupted even during the Second World War although, naturally, after 1945 he will resume more vigorously.

The realization of the Book Pavilion in the gardens of the Biennale in the early fifties was significant, in which some Wrightian themes are evident: it is a small wooden building with large windows sheltered by overhangs, in which some emerge particular elements, such as, in addition to the overhangs, on which the project is played, the distorted wooden frames and the triangular aerial structures. He later met Frank Lloyd Wright in person and this led to his even greater influence in the works of Scarpa in later years, in particular for the 1953 project of Villa Zoppas in Conegliano. 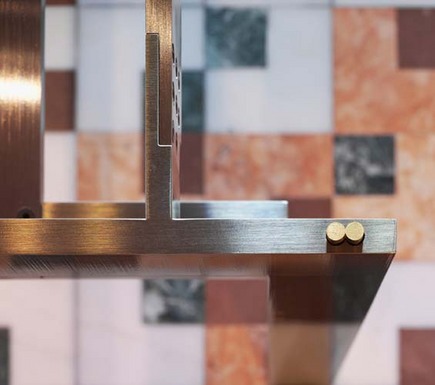 In 1956 he was awarded the Olivetti National Award for architecture and the same company commissioned him to set up an Olivetti exhibition space in Piazza San Marco in Venice, but in the same year he was accused by the Order of Architects of illegally practicing the profession and then taken to court. 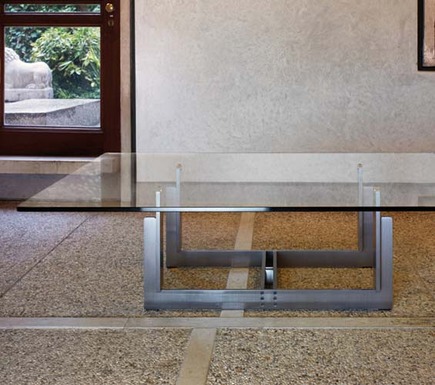 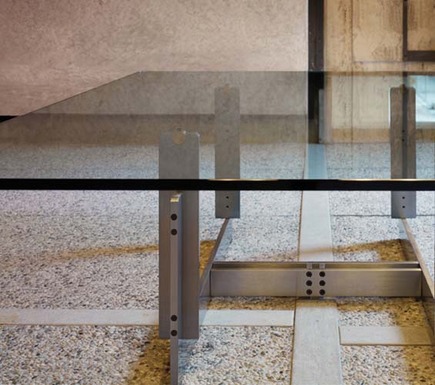 In 1978 he received an honorary degree in architecture from the University Institute of Architecture in Venice, thus putting an end to the diatribe on the legitimacy of his work. Unfortunately, he could not attend the delivery ceremony because on November 28 he died in Japan due to an accident: Scarpa during a walk saw a particularly made Italian marble step, but approached to look better he stumbled and fell from the stairs he breathed nextmind in the hospital for the consequences of the blow to the head.

The Museum für angewandte Kunst (MAK) has dedicated two exhibitions to the Italian architect. In 1989/90 the museum conceived an exhibition entitled " Carlo Scarpa: The Other City/Die andere Stadt " and in 2003 he set up the exhibition " Carlo Scarpa: Das Handwerk der Architektur/The Craft of Architecture ". Later the MAK Vienna in 1999 acquired several architectural projects such as the Castelvecchio Civic Museum in Verona (1956-1964), the Querini Stampalia Foundation in Venice (1961-1963), the Brion Tomb in San Vito d ' Altivole (Treviso) (1969-1978) and also expanded the collection with wooden models and furniture designs.

A sketch of the collection shows a table for the avant-garde composer Luigi Nono, a Venetian fellow citizen, who dedicated an orchestral composition to him A Carlo Scarpa, Architect, To his infinite possible . With this limited-edition collection, the MAK Vienna manages one of the few archives outside of Italy with architect's projects.

« We can say that the architecture that we would like to be poetry should be called harmony, like a beautiful woman's face. There are forms that express something. Architecture is a very difficult language to understand, it is mysterious, unlike other arts, music in particular, more directly understandable ... The value of a work consists in its expression: when a thing is well expressed, the its value becomes very high. »

There are three fundamental themes in Carlo Scarpa's architecture: 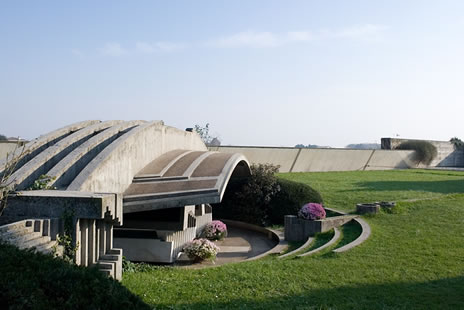 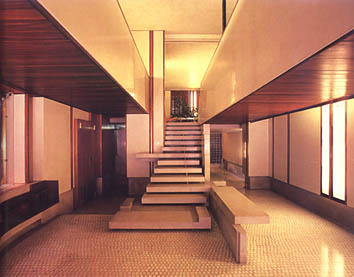