Born in Ferrara, Michele De Lucchi studied in Padua and later at the University of Florence, graduating in 1975. He later taught at the same Tuscan location.

In the years of radical and experimental architecture he has been part of movements such as Cavart, Alchimia and Memphis.

He designed for the Alchimia studio and in the eighties for Memphis , he is among the protagonists of the introduction of decorative geometric patterns on the plastic laminate used by Memphis .

In 1979, he was appointed as a consultant by Olivetti of Ivrea. 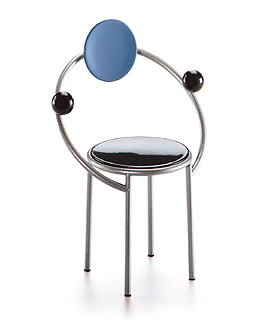 He has designed lamps and furnishing elements for the main Italian and European companies. He has developed experimental projects for Compaq Computers , Philips , Siemens and Vitra .

Many of his interior architecture projects for services are in use at Deutsche Bank, Deutsche Bundesbahn, Enel, Poste Italiane, Telecom Italia.

De Lucchi has designed buildings for public and private museums. Professional work has always been accompanied by personal research on the themes of design, design, technology and craftsmanship. 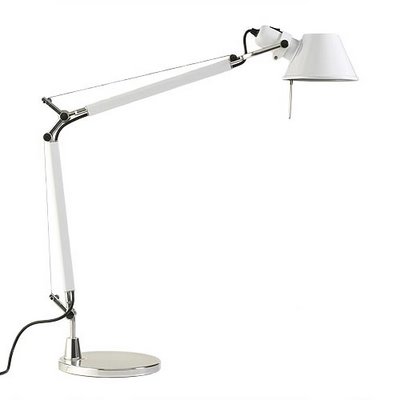 With the Tolomeo lamp he had enormous success and was awarded the Compasso d'Oro in 1989.

Tolomeo is the best-selling contemporary design lamp in the world and produced in all possible versions (floor, table, spotlight, suspension, clamp, in reduced dimensions).

This project was very important, not only for its symbolic character, but also for the definition of De Lucchi 's professional life, so much so that it marked a turning point and defined a deep furrow between everything what was done before, and what will be done after it.

A selection of its products is exhibited in the most important museums in Europe, the United States and Japan.

In 2003, the Center Georges Pompidou in Paris acquired some of its products, on display for a year in two rooms of the permanent collection. 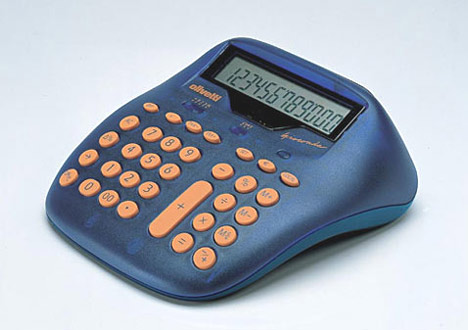 De Lucchi has designed products for Artemide , Dada Cucine , Kartell , Matsushita , Mauser , Poltrona Frau , Olivetti for which he has been responsible for Design since 1992.